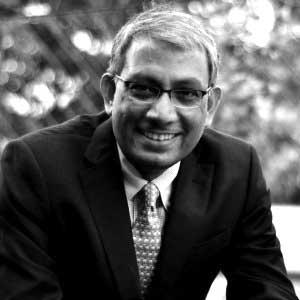 Ravi Venkatesan is Chairman of the Board at Bank of Baroda. He is also the founder Chairman of Social Venture Partners India, a partner at Unitus Seed Fund and a fund advisor at Kalaari Capital. Ravi serves on the boards of the Rockefeller Foundation, Infosys Ltd and several advisory Boards. He authored Conquering the Chaos: Win in India, Win Everywhere which was published by the Harvard Business Review.

Prior to this, as Chairman of Microsoft India between 2004 and 2011, Ravi helped build India into Microsoft’s second-largest presence in the world. He was instrumental in creating Microsoft India’s Project Shiksha, a computer literacy program which has so far trained over 40 million school children in India