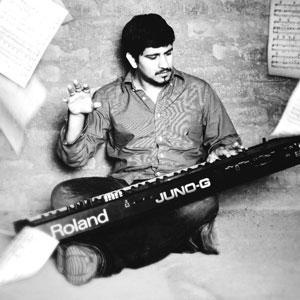 Ramprasad Sundar is a sound designer, mixer and composer who has been writing music and editing sound for films and TV since 2009, both in Hollywood and India. Fluent in sound editing, mixing (Surround) in multiple formats and music composing, he also teaches music and sound to students around the globe. He has worked on several sound design and surround sound mixing projects including Bradford Young’s installation piece ‘Funk God Jazz and Medicine’. He has worked with Gingger Shankar, Mali Elfman, Anisa Qureshi, Santosh Sivan, Mandolin U. Srinivas, Shankar Mahadevan, Ilayaraja to name a few.