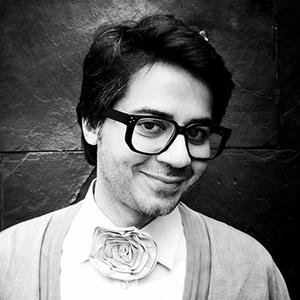 Parmesh is the founder of the Godrej India Culture Lab, a space that aims to interrogate the textured nature of Indian modernity by cross-pollinating the best minds working on India from across the academic, creative and corporate worlds. In addition, he serves as the Editor-at-Large for Verve, a fashion and lifestyle magazine. In the past, he founded aFreshlimesod, India’s first online youth expression community, and worked across the Indian media and corporate landscapes, as a writer, editor, and venture capitalist, at organizations like Elle, the Times of India group, Sony Entertainment Television and Mahindra and Mahindra. Parmesh is a TED Fellow, a MIT Futures of Entertainment Fellow, and Utrecht University’s Impakt Fellow for 2012. His first book – Gay Bombay: Globalization, Love and (Be)Longing in Contemporary India (New Delhi, London, Los Angeles, Singapore: Sage Publications) was released in 2008. Parmesh has undergraduate degrees in Commerce and Education from the University of Mumbai and a Master’s degree in Comparative Media Studies from MIT