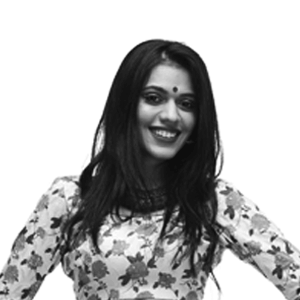 Nirali is an Indian Classical Vocalist from Mumbai. She nurtured the dream of being a classical vocalist from her childhood; backed by support from her parents and her music Guru Vikas Parikh. Nirali was the recipient of Shrestha Sadhaka Award by Gujarat Sangeet Academy.

Nirali’s horizons expanded when she formed a world music act called ‘MaatiBaani’, with her husband Kartik Shah (a music Composer and Producer). MaatiBaani literally means ‘language of the earth’ and the duo collaborate with musicians all over the globe; through the internet. Each song is a story in itself and often speak of ‘one love’.