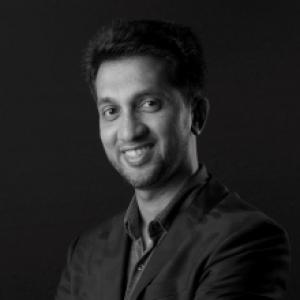 Born in a remote village in Kerala, Musthafa PC was a school dropout who later did his Engineering in Computer Science from NIT Calicut & MBA from IIM- Bangalore. During his childhood, breakfast was a luxury and getting three meals a day a dream. In 2006 he co-founded ID Fresh Food that currently employs 1500+ youngsters from rural Iindia and is feeding millions with idlis, dosas and other healthy, fresh, preservative-free food on a daily basis. The unicorn brand’s latest invention, iD Squeeze-and-Fry Vada Batter earned accolades from across the globe. PC has been lauded with many prestigious awards like India Today’s Make in India Award, JCI National Award, Vocational Excellence Award, Entrepreneur India Award, IIM Distinguished Alumni Award, among others. He was invited to share his success story at Harvard Business School, MIT- Sloan and the UN. He is part of Indian Philanthropy Initiative and also works very closely with DIAV for the welfare of Army Martyrs kin. PC is also a part of Prime Minister’s Champions of Change’ team with a vision to build a new India by 2022. His idea of traffic system automation is part of New India Synopsis