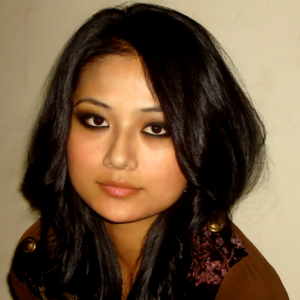 Mami is a well-known singer in Mizoram. Her debut album, Damlai Par, released in 2007, was rated as the top selling album of the year and led to a hat-trick of awards at the Mizoram Music Awards; Best Female Singer, Best Music Video and Song of the Year for the title track. Her following three singles reached the top 10 leading to another prestigious MMA in 2008. Mami recently released her new music video Hmangaihna Vanduai Maw with her second album to follow next year.

UNTOLD STORY: I was recently invited to a school year function, I had a television appearance later on in the evening, so, feeling guilty, I made my excuses and left early, telling them to be sure to watch the telecast live on local cable that night. I got home, changed, did my make-up and waited to be collected, and waited, and waited… Eventually, I called them. The date was for the following week! I was totally embarrassed – the worst part is that when my mom got home – her advice was “Drink a glass of water and sleep on it!!”