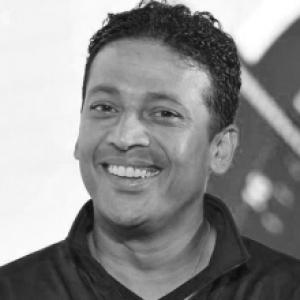 Internationally-acclaimed tennis player, Mahesh Bhupathi is a Padmashree awardee (2001) for his contribution to Indian cricket. Just two years after beginning his professional carreer, in 1997 he became the first Indian to win a Grand Slam tournament in mixed doubles. After a series of successive wins, in 1999, Bhupathi and Leander Paes became the world no. 1 doubles team. With his win at the Australian Open mixed doubles in 2006, he joined the elite group of eight tennis players who have achieved a career Grand Slam in mixed doubles. The following year, in 2007, he was awarded the Sports people for Change Karmaveer Puraskaar. He has also been honoured with the Davis Cup Commitment Award. One of the most dominant names in Indian sporting history, Bhupathi retired from professional tennis in 2016. Bhupathi is a part of the Board of Advisors of IIMUN and India’s current non-playing Davis Cup Captain.