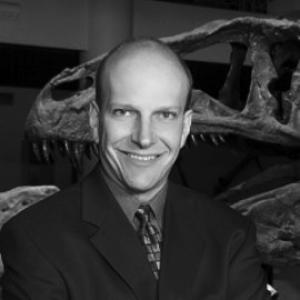 Paleontologist Kenneth Lacovara has excavated some of the largest dinosaurs ever, including the infamous Dreadnoughtus, which weighs 65 tons and is one of the largest known land animals! Kenneth’s discovery of Dreadnoughtus in September 2014 made international headlines, and is the most complete skeleton of any super-huge dinosaur. When he’s not digging-up fossils from far corners of the planet, Kenneth works on integrating new technology such as 3D printing, robotics to the study of paleontology.

Kenneth is founding dean of the School of Earth and Environment and Professor of Paleontology at Rowan University. He also serves as founding director of the Rowan Fossil Park. In total, Kenneth has co-authored descriptions of three new species of dinosaurs – the Dreadnoughtus schrani, a gigantic titanosaur from Patagonia; Paralititan stromeri, a 95 million year old, 40-ton plant-eating dinosaur from Egypt; and Suzhousaurus megatherioides, a 110 million year old feathered, plant-eating dinosaur from China