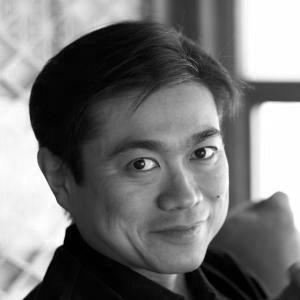 Joichi Ito is the Director of the MIT Media Lab. He is the Chair of Creative Commons, on the Board of The New York Times Company, on the Board of the MacArthur Foundation, on the Board of Trustees of The Knight Foundation, and co-founder and board member of Digital Garage an Internet company in Japan. He is on board of a number of non-profit organizations including The Mozilla Foundation and WITNESS. He is a member of the IT Strategic Headquarters of the Japanese Cabinet. He has created numerous Internet companies including PSINet Japan, Digital Garage and Infoseek Japan and was an early stage investor in Twitter, Six Apart, Wikia, Flickr, Last.fm, Kongregate, Fotonauts/Fotopedia, Kickstarter, Path, Pinwheel and other Internet companies.

He is the Guild Custodian of the World of Warcraft guild, We Know (http://weknow.to/). He is a PADI IDC Staff Instructor, an Emergency First Responder Instructor and a Divers Alert Network (DAN) Instructor Trainer. Ito was named by Businessweek as one of the 25 Most Influential People on the Web in 2008. In 2011, Ito was chosen by Nikkei Business as one of the 100 most influential people for the future of Japan and by Foreign Policy Magazine as one of the “Top 100 Global Thinkers”. In 2011, he received the Lifetime Achievement Award from the Oxford Internet Institute in recognition of his role as one of the world’s leading advocates of Internet freedom.