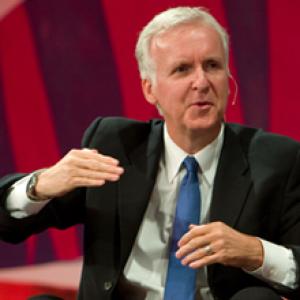 James Cameron has many avatars that allow him to be a film director, producer, screenwriter, editor and inventor. His writing and directing work includes The Terminator (1984), Aliens (1986), The Abyss (1989), True Lies (1994), Titanic (1997), and Avatar (2009). In the time between making Titanic and his return to feature films with Avatar, Cameron spent some years creating documentary films and also co-developing the digital 3-D Fusion Camera System. Cameron has also worked extensively in deep ocean exploration, diving to extreme depths with his own submersibles, robotics and camera systems.