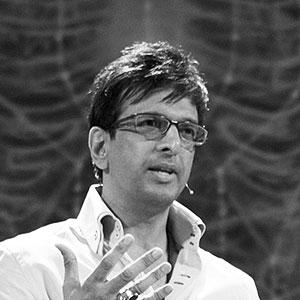 Jaaved Jaaferi is an Indian actor, voice artist, dancer, comedian, impressionist known for his work in several Bollywood films and Indian television shows. Jaaferi has distinguished himself as one of India’s most versatile and popular entertainers with his flamboyance, quirky sense of humor and his incredible dancing ability. The son of legendary actor/ comedian Jagdeep, Jaaferi seemed destined for a career in showbiz.

He has hosted several popular television shows such as Vidoecon Flashback, Timex Timepass and Boogie Woogie, and has acted in over 35 films, including massive hits such as 3 Idiots and Salaam Namaste