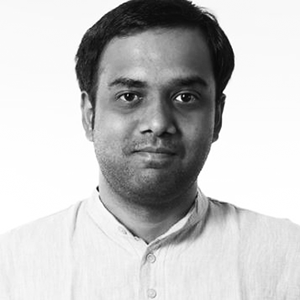 Gadhadar has been passionate about space since childhood. He pursued this interest by attending summer schools  about  Space and also received an Honors Diploma in Space Sciences. In these courses, he learned Quantum Physics to explain stability and evolution of stars. This coupled with a burning desire to build stuff led him to Nanotechnology. The poster child of Nanotechnology for Space Applications being Carbon Nanotubes.

He founded NoPo Nanotechnoligues to pursue this passion. NoPo is developing technology for space by solving problems on the ground such as water filtration and transportation using Carbon Nanotubes. He led his team to win the 4th International Space Power Competition of SGAC in 2015 for a concept on Carbon Nanotube based Space Power. He attended Singularity University’s Global Solutions Program in 2016 as the sole Indian participant. NoPo is ranked among Bangalore’s Top 3 Technology Startups by EO CARES and India’s Top 5 Innovative companies’ in 2017 by Lockheed Martin-DST- Tata Trusts.