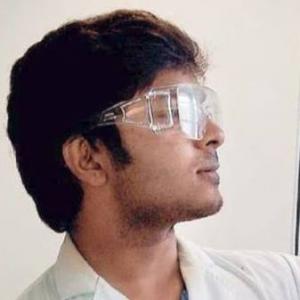 Dr. Vivek Nair had stumbled upon a process to convert carbon emissions into carbon nanotubes (a material stronger than steel). His discovery led him to start a company focused on automating this process and turning carbon emission into a useable resource for many applications. Vivek was named one of the today’s disruptors and tomorrow’s brightest stars by Forbes “30 under 30” list,for the year 2012 & MIT Technology Review outstanding innovators under 35, for the year 2012.He has also received the National award for meritorious invention from NRDC, Gov. of India. Vivek has also been named by Tehelka as “Tipping point – Architects of the Future”, for the year 2012. He was also the winner of Ashoka/Staples Social Youth Entrepreneur award.  In addition, Vivek is a double doctorate from Nanyang Technological University, Singapore & Loughborough University, UK .