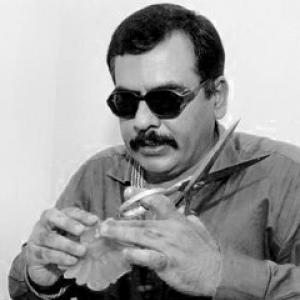 Bhavesh Chandubhai Bhatia is the founder of Sunrise Candle Industries, a Maharahstra-based company that makes and distributes over 9000 different types of candles. What makes his success so inspirational is the fact that Bhavesh cannot see. After losing his eyesight in 2003, he took a rehabilitation course for blind people, learning things like incense and candle-making. Since then, this visually challenged entrepreneur has been bringing light into other peoples’ lives.

Today Sunrise Candle Industries employs over 200 people, many of them visually-impaired or disabled themselves.  Regarded as a hero in his community, Bhavesh has won a number of awards for his work as an entrepreneur as well as for his involvement in charitable causes aiming to improve the lives of differently-abled people.

Aside from his work, Bhavesh is also a keen athlete, having won numerous medals in various events at the National Paralymic Games over the last couple of years. He is currently involved in a project to build the largest candle in the world, and plans to compete in The Paralympics Games in Brazil, 2016.