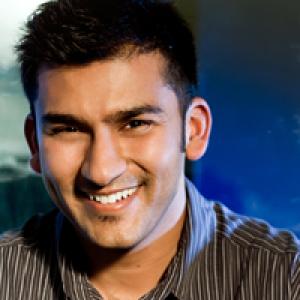 Anand Agarawala is an entrepreneur and product designer.

He created BumpTop, an innovative 3D desktop user interface powered by physics and multi-touch gestures inspired by real desks and driven by a more expressive, human vision for computing. BumpTop was Anand’s Masters thesis in Human Computer Interaction at the University of Toronto. It became a viral hit on YouTube and as Founder/CEO built a venture-backed startup company around it. Google recently acquired BumpTop and Anand is now Product Manager of Android System UI, trying to dream up the next big user interface ideas. Anand loves to help early-stage entrepreneurs and has become an advisor and investor to startups such as Qwiki, Glooko and Tagstand. He speaks on entrepreneurship and user interfaces around the world from Tokyo to TED. He was named to BusinessWeek’s Top Tech Entrepreneurs list and has been featured in various press (NY Times, Wall Street Journal, BBC, Le Monde, Forbes).