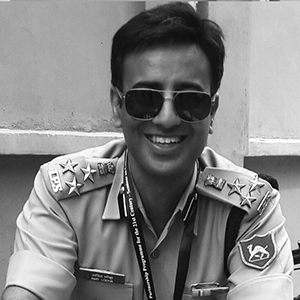 Amit Lodha is a 1998-batch IPS officer of the Bihar cadre. He is presently the Deputy Inspector General of the Border Security Force, posted in Jaisalmer. He has been honoured with the Excellent Contribution Award for successfully initiating a police-public partnership for better policing in Bihar’s Nalanda district during his tenure as the superintendent of police there.

He launched SAMBHAV- an organization under the aegis of the Nalanda district police to tap the power of the youth towards community development. The organization successfully engaged the youth in tackling important social issues. Showcasing exemplary leadership, he has played an instrumental role in a number of successful police operations. He has been the recipient of various awards and commendations, including the acclaimed President’s Police Medal of Gallantry and the Internal Security Medal.