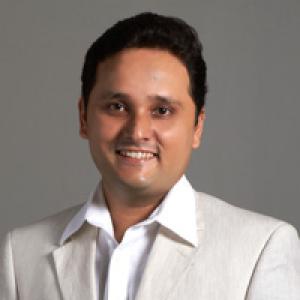 Described as the ‘Paulo Coelho of the East’ by Business World and a ‘People’s author like Jeffrey Archer’ by The Telegraph, Amish’s unique combination of crackling story-telling, religious symbolism and profound philosophies have made him an overnight publishing phenomenon.

Released in March 2010, Amish’s Shiva Trilogy (of which two books, The Immortals of Meluha and The Secret of the Nagas have been published) has over 350,000 copies in print. Amish is a graduate of IIM-Calcutta and worked for 14 years in the financial services industry before turning to full time writing.

WORKS
The Immortals of Meluha; The Secret of the Nagas