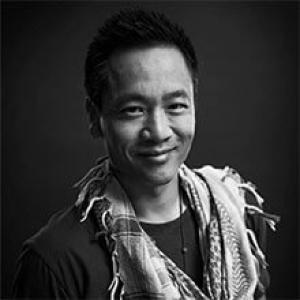 Albert Yu-Min Lin is an award winning scientist, technologist, explorer and adventurer with a knack for storytelling both on stage and on the big screen. From his award winning effort to search for the tomb of Genghis Khan in Mongolia to his recent efforts redefining human bionic capabilities with float tanks and plant medicines, Dr. Lin has made headlines around the world. His innovations and passion for science have led to requested briefings from the Pentagon, multiple tech startups, an invitation to serve as an advisor to the Harvard Business School, and requests by both the National Geographic and the US Department of State to represent science and innovation to foreign nations through global speaking tours. His on-screen presence is diverse, with an Emmy award winning promotional campaign (National Geographic’s Next Generation Explorer), numerous digital spotlights, and explorer/host/narrative roles in major documentary films with National Geographic and the BBC. As an avid outdoorsman, he scaled “The Nose” on Yosemite’s El Cap, backpacked across the globe and surfs wherever there are waves. With a middle name that literally translates to ‘Citizen of the Universe,’ Lin is at home anywhere