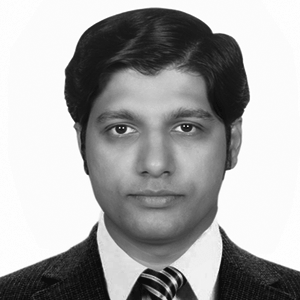 Adhik first visited Kashmir in 1997 to study the political conditions and local problems.  His initial efforts were centered around volunteering, working for various NGOs from Mumbai, Pune, Delhi, Jammu and Srinagar, and UNICEF supported projects.

After countless visits and a deep understanding of the ground realities, he took up the cause of upliftment of the Kashmiri children and women especially orphans and widows. On 12th May 2002, Borderless World Foundation launched its first project; Basrea-E-Tabassum (Abode of Smiles), a Home for girl-orphans in the frontier district of Kupwara (Sulkoot village) in the Kashmir Valley. Though he faced stiff resistance and threats to his life from religious heads and clerics, he refused to abandon the project and work in a safer place.

Today the NGO is running four orphanage homes for girls in the four districts of Jammu and Kashmir . From just 2 girls in 2002, today BWF has more than 180 girls across the 4 centers. BWF is also one of the winners of the CSO Partners Outstanding Annual Report Awards 2009, for transparency, accountability and best documentation process in NGO sector in India.